Corgis are one of the most beloved dog races in the world. In the past decade, their popularity only grew, as the breed’s cute pictures are all over the World Wide Web. Is their popular status the reason why are corgis so expensive, or is there some other explanation?

Even if you aren’t a huge dog lover, you’ve heard of corgis. These cute, fluffy dogs are one of the most well-known breeds.

However, many people opt not to buy one once they hear their price. Why are corgis so expensive? Is there some particular reason, or is the breeder just ripping you off?

Read more to find out the answer to these and many other burning questions about corgis.

Learning about the breed is the first step to understanding why are corgis so expensive. First off, you should know there are two breeds of corgis – the Pembroke Welsh and Cardigan Welsh Corgi.

When you think about corgis, you’re probably imagining the Pembroke Welsh one. These corgis are small to medium-sized dogs that rarely grow over 12 inches in height and weigh around 30 pounds.

They have short but muscular legs that enable them to be surprisingly agile and fast. They have thick fur in sable, ginger, black, or fawn color, with or without distinguishable markings.

Pembrokes are well-known for their huge ears and cute, tailless, fluffy backsides.

On the other hand, Cardigan Welsh Corgis are somewhat bigger, and they can have a weight of 38 pounds. Apart from the small sizing difference, they are built similarly to Pembrokes.

However, one thing that makes them very different is that Cardigan corgis have long, puffy tails. Also, Cardigans are the most popular in a blue-merle pattern.

In short, these are the differences between the two corgi breeds:

Corgis initially were working dogs. They used to herd livestock and cattle. Today, they are raised to be family pets; however, they have kept their ancestors’ hard-working spirit.

They are practically a massive bundle of energy in a small package.

Of course, a dog’s personality depends on the dog himself. However, some patterns can be noticed. For example, corgis are overall very cheerful animals that demand to stay in the center of attention.

In fact, they are considered one of the most cheerful animals out there. They love playing with their owners and are quick to trust everyone.

No matter what you’re doing, corgis will want to be a part of it. They will want to be involved in every daily activity. Corgis are one of the most energetic breeds, but it won’t take long before you can make them tired.

Luckily for you, they don’t have as much stamina as some other dogs. Make sure you play with them regularly, and they’ll have a good, full-night sleep.

According to numerous video clips and photographs, they are some of the funniest dogs you can find. You’ll never be bored with them!

No matter if you play with them or just let them be, they can provide you with constant entertainment.

However, corgis are very stubborn and independent at the same time. If you don’t train them the right way, they might end up training you.

They tend to do as they please, especially if they think you aren’t providing them with enough attention. One might even call them ‘bossy!’

They aren’t aggressive, though, and they won’t do anything out of malice. Corgis simply have a strong will, and they want to act how they feel like acting.

Because of all of this, you should make sure your pet knows his place in the family. Just make sure you do so with positive reinforcements.

Corgis need to remain fairly independent so they can feel their best. Due to their big personality and activity levels, people consider them ‘very large dogs on very short legs.’

How Much Exercise Does a Corgi Need?

As we’ve already mentioned, corgis have high energy levels. They will need to have plenty of exercise to remain healthy and happy. In fact, their energy levels could surprise you.

Despite their short legs, they can run really fast, and they’ll be more than happy to complete any task.

It’s recommended you give them something to do as often as possible. They aren’t too demanding – they just get bored quickly and need to do something constantly.

The good news is that a Corgi doesn’t need to play for a long time. In fact, his energy is typically short-lived. Taking them on regular walks and playing fetch every few days should be enough for most of them.

If you have a yard, play with him for a few minutes every day. This way, you’ll ensure he’ll live a long and happy life.

If you live in an apartment, don’t worry, this doesn’t mean corgis aren’t for you. Just make sure you take them out as much as you can.

Are Corgis Good with Children and Other Pets? Corgis are friendly animals, but they love being the pack leader. This makes their relationship with kids a bit complicated. Most dog experts don’t recommend corgis for families with very young children.

As they are a dominant race, corgis can have ‘arguments’ with young children. They’ll nip at them to get what they want, and they hate loud noises kids make.

Also, corgis dislike children chasing them, and they can easily become agitated.

The best option would be to ask a breeder about your dog’s parent’s temperaments. If his parents were good with children, there are higher chances your future corgi will also be calm and friendly.

On the other hand, if you already have a corgi but plan on getting children, you already know his temperament. This way, you know what to look out for.

When it comes to other pets, corgis can be very friendly with other dogs, as long as they know them. If you bring home a new pet, make sure you introduce them the right way.

If you’ve failed to socialize your corgi on time, they might become aggressive towards other dogs. On the contrary, most corgis are great with any livestock.

In fact, most animals won’t pose a problem to a dog who is socialized.

A corgi who isn’t used to communicate with other pets might get defensive. Still, they aren’t aggressive, and most corgis will be very friendly with any animal around them.

How Much Does a Corgi Cost?

If you decide to buy your corgi from a breeder, be prepared – corgis are very expensive dogs. In fact, they are considered one of the most expensive dog breeds in the world!

The average price of a corgi is between $600 and $1200. However, some breeders sell them for a much higher price. If the corgi had ‘show dogs’ for his parents, his price could be up to an incredible $4000!

Their cost varies from your location and the breeder themselves. If the breeder is reputable, their prices can skyrocket. Some even expect you to pay upwards, and the ‘deposit’ can be up to $2200!

These numbers alone prevent many corgi lovers from becoming owners of this cute breed.

So then, why are corgis so expensive?

Are Corgis Expensive to Maintain?

Despite their thick fur, corgis aren’t that hard to groom. In fact, maintaining them doesn’t cost any more than maintaining a ‘regular’ dog. However, you need to groom them regularly.

This isn’t difficult, and you don’t necessarily need a professional groomer. They have a weatherproof double coat that sheds a lot, so expect to comb them every day.

This helps not only your dog’s skin but also your nerves.

If you comb your dog regularly, you should see less shed hair on your furniture.

You don’t need to trim their hair – unless you want to. If you cut their nails on a regular basis and take care of their dental health, you’ll have one happy dog.

When it comes to the best food for corgis, you should know that corgis don’t require a special diet. They do need proper nutrition for their high energy levels, but that’s the only thing you should look for.

The brands we’d recommend are:

The prices of these foods vary depending on the brand and the package size. For example, a 4-lb bag of Rachael Ray Nutrish costs around $8 on Chewy.

However, a package of the same size from Instinct costs around $19! Still, compared to most dog foods, these prices are rather standard.

Is It Expensive to Take Care of Corgi’s Health? Corgis are fairly healthy dogs that can live up to 15 years. If you buy them from a reputable breeder, they shouldn’t experience any health issues until they are old.

Despite this, they might develop some diseases and conditions that plague most ‘dwarf dogs.’ These health problems include:

To take proper care of your dogs, you should take him to regular vet visits. These visits typically cost around $100. If you can, get insurance for your corgi.

This will lower your expenses in case a problem occurs.

So Then, Why Are Corgis so Expensive? As you can see, corgis aren’t expensive to own. In fact, they have fewer health issues and require less grooming than many other breeds.

Why are they so expensive then?

The answer is very simple. Corgis are such a popular breed that their demand is very high. In other words, corgis are expensive because breeders know they can sell them.

People love corgis, and they’ll do anything they can to get their hands on one. This is why their price is so high. 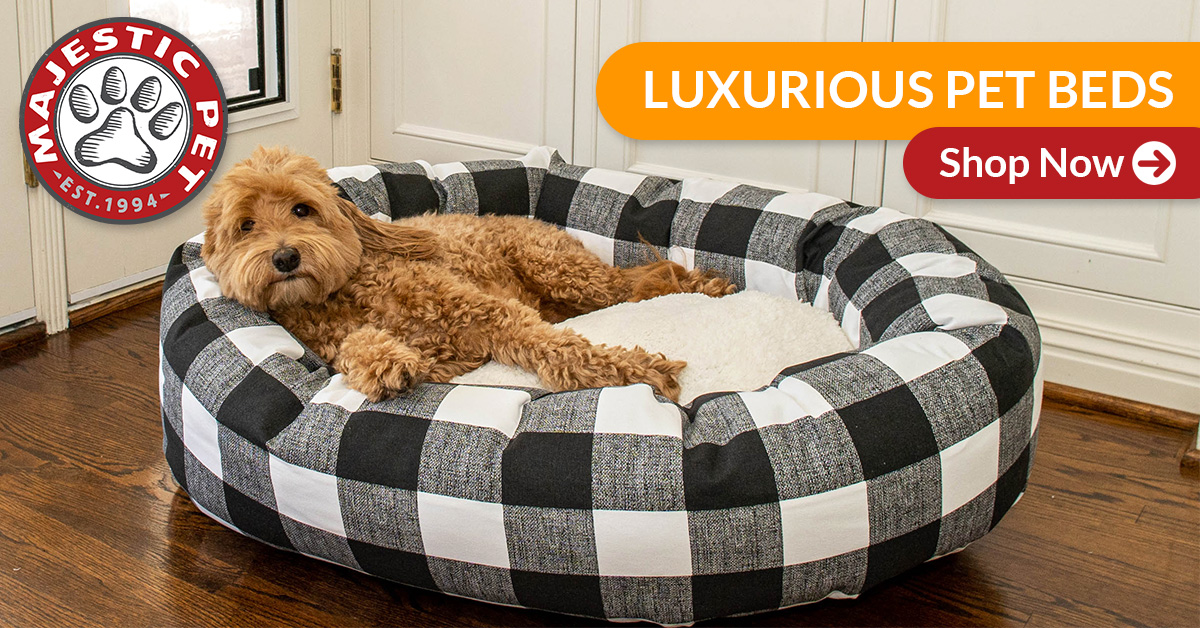 Should You Adopt a Corgi from a Shelter?

Many people prefer adopting their dogs from a local shelter. This doesn’t mean you’re limited to mixed breeds. In fact, you might even find a purebred corgi.

If this does happen, should you adopt him rather than buying one from the breeder?

Adopting a dog is always a good decision, as you’ll be helping a dog in need. However, there are a few things you should consider. First off, despite the rumors, most dogs in shelters are well behaved.

They were abandoned for one simple reason: Their owners didn’t want them anymore.

However, when you adopt a dog, you have no way of knowing his history. By saying that, we don’t just think about their behavior, but their genetics. Abandoned corgi might originate from a bad, unethical breeder.

This means they might have serious health issues that you’re yet to discover. If you’re okay with that, then go ahead – adopting a dog is always much more humane.

So, now you know why are corgis so expensive. Demand determines the price, and the more people want something, the higher the price is. Corgis aren’t costly to maintain.

They are healthy, and their vet visits don’t cost more than average. They don’t require any expensive food, and you can groom them by yourself if you own proper grooming scissors.

Corgis have become increasingly popular throughout the years. All of this allowed the breeders to increase their price. Despite all of this, we would never recommend getting your dog from a cheap breeder.

This likely means there is something wrong with their corgis or the ways they are bred. It would be best if you never supported inhumane or unreliable breeders.